When I was younger, my dream was to one day become a Newbery Award winner.

As a child, I was a voracious writer. I had this huge ledger book filled with unfinished stories and I was always adding to it, always coming up with new ideas. When I was around seven or eight years old, I wrote a story that was deeply rooted in my love and appreciation for Laura Ingalls Wilder’s Little House on the Prairie series entitled, “Little House in the Hills” (you can really get a sense of how my creative juices were flowing there). When I was around thirteen and fourteen, I actually had the gumption to send my one completed manuscript to a local publisher in the Minneapolis area. The manuscript was kindly rejected with a note from the publisher stating that, while I had promise as a writer, “it just wasn’t what they were looking for.” It was, quite frankly, all for the best as the story itself was a bit on the shaky side. Well. A lot on the shaky side. Let’s just say that it’s safe to say that I’ve improved quite a lot as a writer since then…still, I can’t help but admire my younger self for her determination and drive.

Come high school, my desire to write quickly died away. I took one creative writing class in my freshman year of high school but after that, my dream to write–to become a Newbery Medalist–faded. I was heavily involved with the band program at my high school and was preoccupied with fitting into my friend group. I didn’t think I had time to write and, although I occasionally got out my journal to write lengthy entries about the goings on in my life, I no longer considered myself to be a writer. It wasn’t until my junior year of college that the writer within me reemerged. After breaking off from a serious and very detrimental long-term relationship, I was searching for a way to reclaim my life for myself. I had become so invested in my ex-boyfriend and the relationship that I had with him that I had really lost all sense of myself. Around the time of our break up, memories of the writer I used to be, the writer I dreamed to become, rekindled. I began to realize that writing was, indeed, a part of my identity–a part that I had the misfortune of rejecting for far too many years. With that in mind, I started to a blog–to force myself into the habit of doing one of the things I loved most again and often.

Still, though, throughout the rest of my college career and into my time in Thailand, I never once considered writing to be anything more than a hobby. A hobby that I happened to be really good at, but a hobby none-the-less. I strongly identified as a writer and thought that maybe I’d like to write a book one day…but I never gave it much thought otherwise.

It’s so easy to cast aside childish whims with, “Oh, what did I know about life or myself at that age.” It’s almost too easy, I think. I wanted to be a writer as a child, I dreamed of being a writer–but dreams change and we grow up. How much stock can we really put into our childish whims, anyways?

You know though, my cousin–his childhood dream was to become a firefighter…and that’s exactly what he is today.

Lately, I’ve been considering this childhood dream of mine. To write. Just to write. Do you know how lovely that sounds?

To be a writer.

It really sounds so perfect. To devote my life to this craft that I enjoy so much and identify with so profoundly. This craft that is as much a part of me as I am of it.

I don’t necessarily aspire to write children’s literature anymore. Becoming a Newbery Award medalist is a dream of the past (though who know what the future will bring). Truth be told–I don’t know what I want to write. Maybe a novel? Maybe creative nonfiction? Perhaps a lengthy biography of Montgomery Blair, Lincoln’s long-forgotten, bad ass postmaster general who happens to be my historical crush (not necessarily for his looks, mind you, but more so his general bad-assery)? Oh man! I digress, though…for the time being, what I end up writing isn’t my concern right now–that will figure itself out in time. What I do know, though–what I can say with more certainty than I ever have before–is that I want to write.

Right now, my goal is to focus on focus.

I’ve realized that, until very recently, I’ve lacked a complete and total sense of focus to do much of anything meaningful to me.

I didn’t stay up finishing both of my respective senior thesis papers until five a.m. on their due dates because I didn’t care. I actually recall printing out the final draft of my history senior thesis in a flurry, minutes before it was scheduled to be due in class–which is kind of border-line embarrassing now that I think about it. That had absolutely nothing to do with a lack of caring, though. More so, I had absolutely no focus.

My lack of focus is, quite truthfully, what got me to Thailand. It took me all of two seconds to decide that I wanted to go to Thailand. My decision was firmly rooted in a long-held dream to live abroad and experience new things and push myself in new ways, along with my desire to try out teaching as a profession; the actual decision to move abroad took absolutely no time at all, though.

I will never regret it, no. I learned so much about myself and the world and experienced more in seven months than many people experience in a lifetime. I realized how important traveling and being an adventurer is to me. I met people who have fundamentally changed my life (for the better, I might add). I’ve already been on three continents this year and I’ve had the pleasure of living in an absolutely beautiful and breathtaking country for six months.

Yet, as I was living with my unhappiness in Thailand, I began to realize some pretty important and profound things about myself and the world around me. I began to realize that the things that you really want in life won’t come to fruition over night. Going to Thailand was, quite honestly, a quick fix for this vast expanse of post-college life ahead of me that I had no idea what to do with. I had convinced myself that living there long term was what I really wanted for myself in a post-college world where I felt lost and scared, where I saw so many of my peers going off into the world with a seemingly very confident sense of direction when I had absolutely no freaking idea what I wanted to do with my life. Truthfully, I never wanted to live in Thailand long term–even before I left and was spewing out all this nonsense about staying for a year, maybe more. Truthfully, the idea of of living there long-term didn’t fill me with life or joy. I was going to do it, though, because I didn’t know what else to do.

It’s from the unhappiness I experienced in Thailand that I developed the very real understanding that, if you really want to do something, you have to focus on that goal. You have to trust in the process, that you will get to the end eventually.

If I’m being honest, writing scares me. Writing a whole book. Taking that time, investing that effort into an unforeseeable future for a finished product that is wholly and completely one’s own responsibility–it’s daunting.

But you know, that’s why I know I have to do it.

The things is, though, if we actually care that much about something, it is quite probable that we are more worthy to accomplish that something than we would ever allow ourselves to imagine….

…you see, going to Thailand was, quite truthfully, so easy compared to this task I now have in front of me now.

So now, I focus on focus.

For the time being, I’m applying for jobs that will allow me the opportunity to write a lot–to further my craft, to become more confident in my skills while also giving me ample time to become more comfortable with the very act of focusing–a skill I’ll need in any demanding job and one that I so desperately need to turn my dream to write into a reality….

…because when I grow up I want to be a writer.

At twenty-three, society tells me I’m already a grown up.

But I don’t feel I’m quite there yet.

With all that said–after all that time I spent pounding these words out on my keyboard, allowing my mind to really embrace these thoughts turned to words for publication in this virtual space of mine–I’m inclined to believe that my younger self, her dream to become a Newbery medalist clearly envisioned in the back of her overflowing pre-teen mind, was seriously on to something. 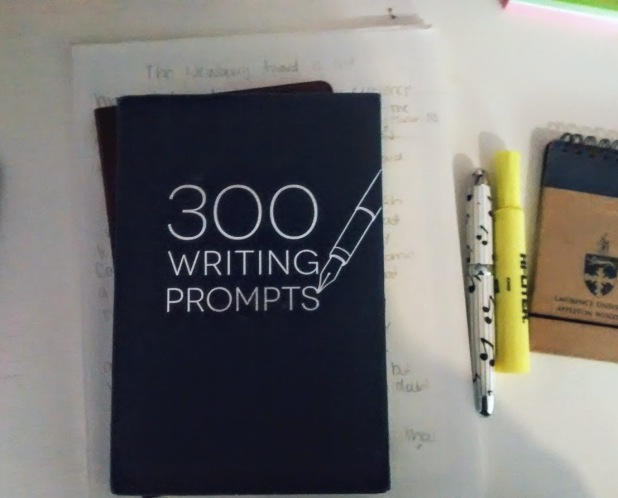 2 Replies to “To Focus on Focus”